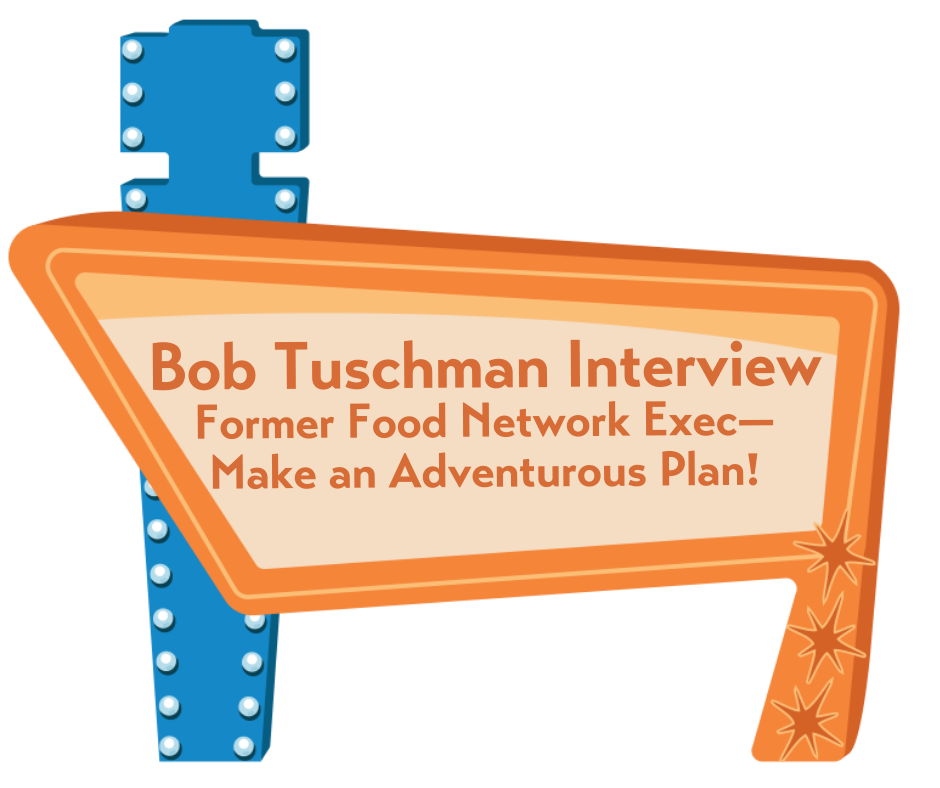 In Episode 3 of our podcast, I Used to be Somebody, Carl talks with Bob Tuschman, former Food Network Senior Vice President and General Manager. (And many other cool job titles, as you will learn when you listen.) Bob realized even as a kid, he knew when he grew up he wanted to be part of the entertainment world.

After a short gig as an agent for actors, he returned to work for Diana when he again was presented with a new opportunity—to work as a producer for Good Morning America with ABC. Bob loved the work and advanced quickly in six years.

Then it happened. While riding his bike in NYC, Bob was hit head on. He says of that time, “You can do everything right in your life and play by the rules and then get hit by a car tomorrow.” The experience made him really think hard about what he wanted to do in life and realized he wanted to try something new.

Bob left GMA and took a position as Executive Producer with this new start-up called the Food Network. The network had little budget and had been largely focused on “how-to” and learning shows. The network moved toward entertainment and the rest is well known. Bob oversaw shows featuring Guy Fieri, Giada, Ina Garten, Bobby Flay and more. (Fun Fact: Their surveys and research showed that many people watching the shows don’t even cook!)

As the industry changed and more than 16 years with the Food Network, Bob wanted to try something new again—but he knew he didn’t want to work every day. He did not, however, create the typical “bucket list”—he made it into so much more. Bob created three lists in order to make this next phase of life successful: Curiosity, Adventure and Service. Under each category he listed all the things he’d like to accomplish. For example, Curiosity might include learning a foreign language. Adventure might mean biking across Italy. Service encompasses ways to service your community and make the world a better place. How could he do more meaningful work and get paid for it at the same time?

Bob had always wanted to teach and is now a professor at NYU/Stern and loving it. Some of his best advice to his students (and all of us, really): “Take any door that opens and walk through it. If you work hard, people will help you to succeed.”

For the full interview, listen to I Used to be Somebody, Episode #3 with Bob Tuschman. For listening details go to our website!